The Windows 11 Start menu is divided into two sections: “Pinned” and “Recommended.” The “Pinned” section shows the pinned apps, while the “Recommended” section display lists of recently installed apps and recently used files.

Now, Microsoft allows you to group apps in folders. After grouping the apps in a folder, you can add additional apps, remove, or rearrange apps within the apps folders according to your needs. This way, you can easily categorize your apps based on priority.

At this moment, this feature is only available to computers enrolled in the Microsoft Insider Preview program. Others need to wait for a major update of Windows 11.

In this gearupwindows article, we will guide you on changing the Apps Name Folder in Start Menu on Windows 11.

How to Rename Apps Folder in Start Menu on Windows 11?

To rename the apps folder name in the Start menu on Windows 11, use the following steps:-

Step 1. Click the  icon in the Windows 11 Taskbar to open the Start menu. 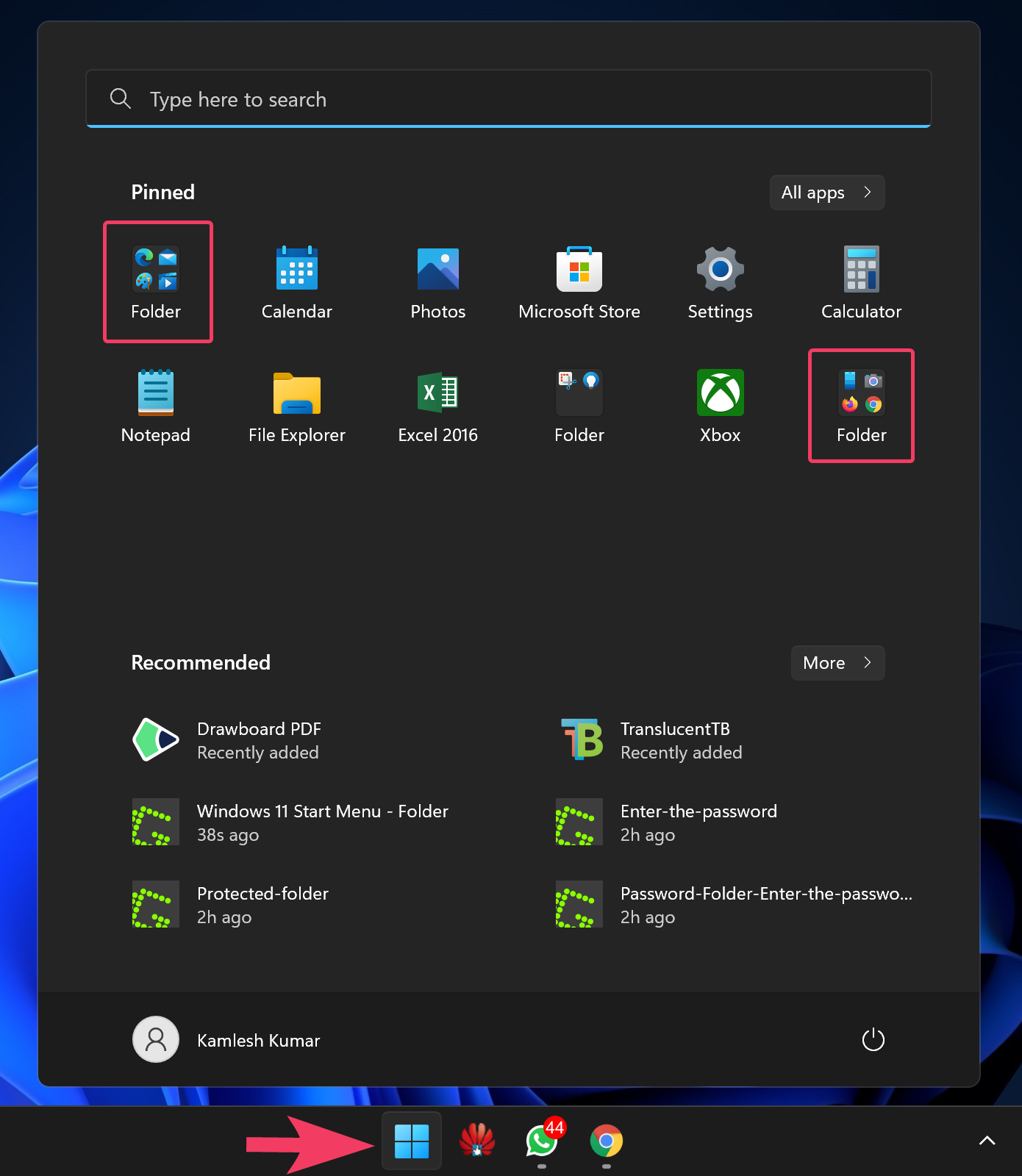 If you have already created groups of apps, all folders will be visible on the Start menu with the name “Folder.” And if you have not made a folder for apps yet, drag one application to another to create a folder in the Start menu.

Step 2. Next, click on the folder to open it. 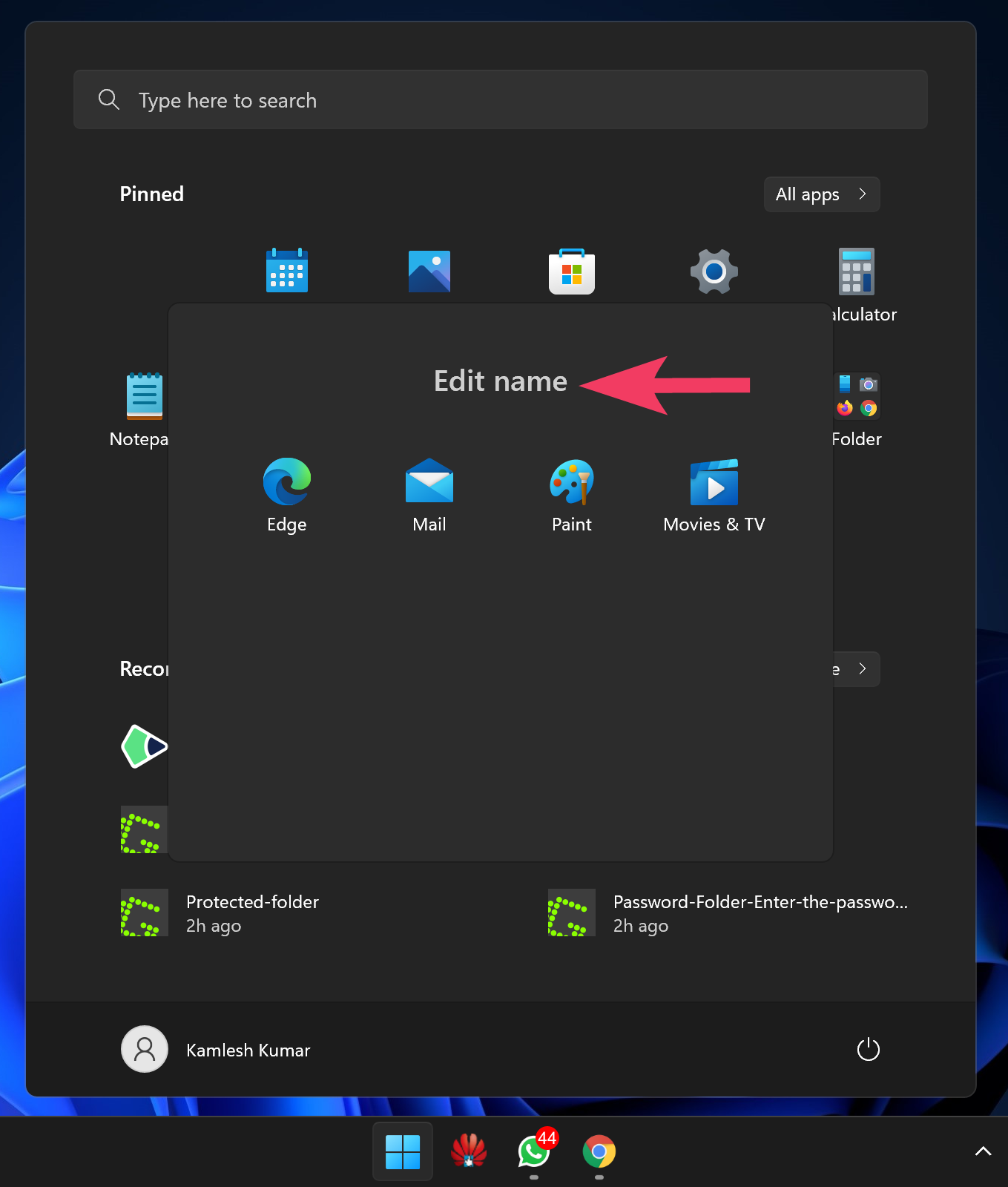 Step 4. After that, type a new name of your folder. 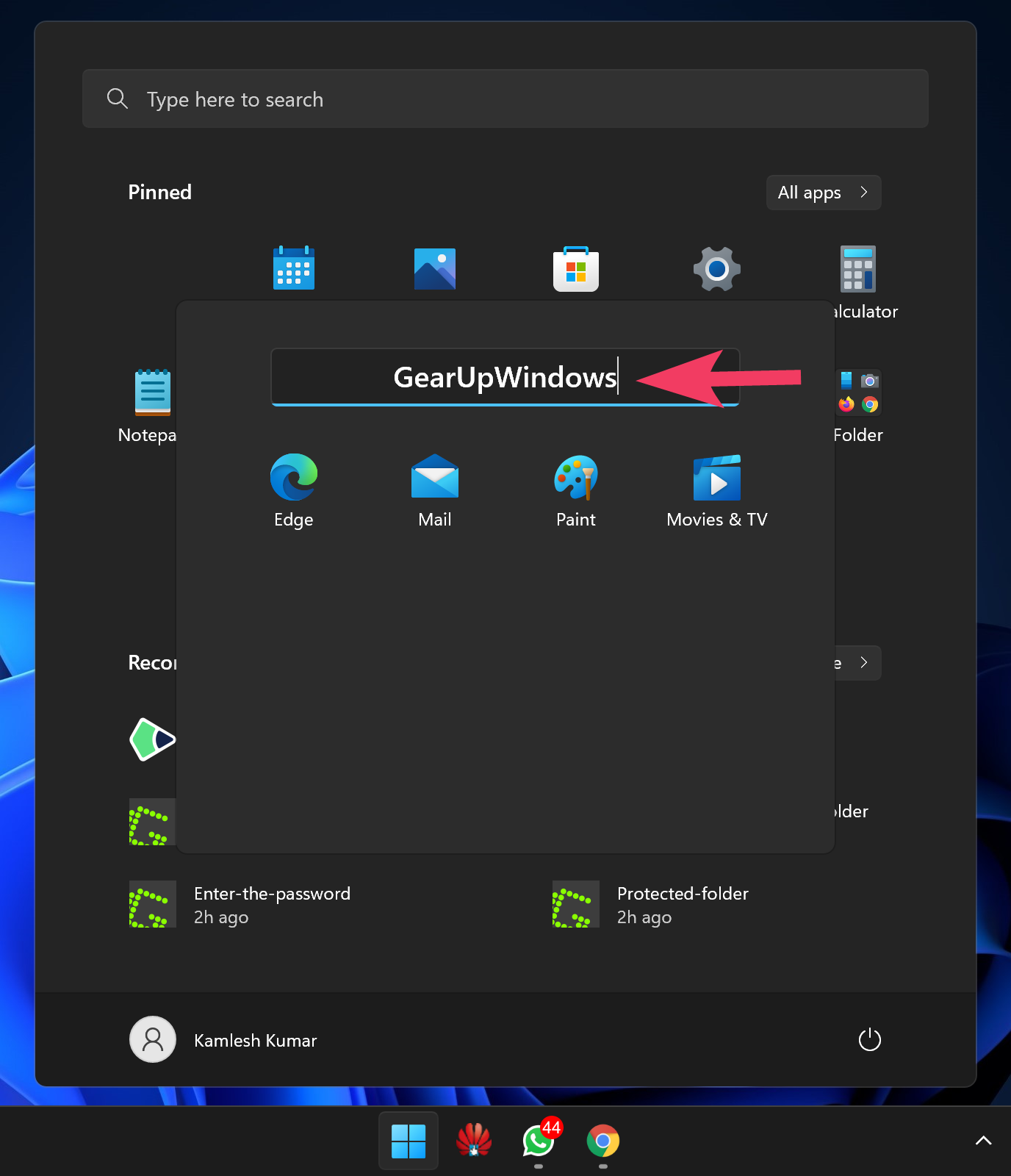 Once you complete the above steps, you should see a new name of your apps folder in Windows 11 Start menu. 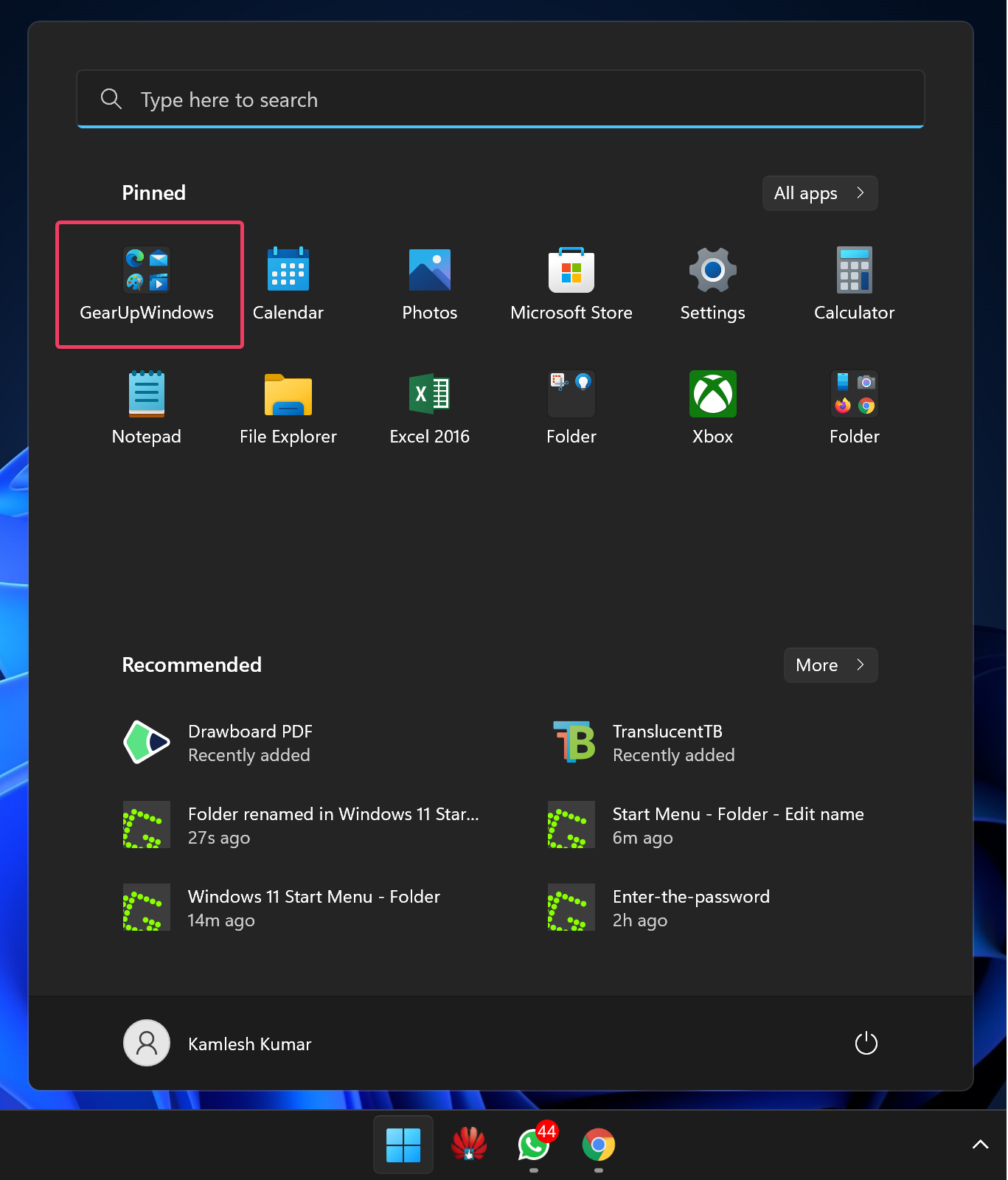 How to Turn On or Off Color Filters in Windows 10?