Most of us use a laptop or computer these days. As technology grows day after day, Windows notebooks and computers become compact and thinner. These compact laptops use top-range processors and more vital graphics cards to handle complex applications. While these advance features cater to a user’s great business needs, it comes with the cost of overheating.

The overheating of laptops is a significant concern and the largest threat to the life of laptops. The heat generation is directly proportional to the use of the CPU. If your CPU is used 100% by any means, i.e., while playing games or performing other complex tasks, the processor requires more power. That will eventually cause overheating. Every time the computer is overheated, it slows down efficiency. The system ventilators must be active to cool the overheating. It is always advisable to turn off the system entirely and blow compressed air to remove any dust present in the system.

The overheated laptop may seriously damage the computer’s internal components and severely impact laptops’ performance. It reduces the lifetime of a battery, damages the motherboard, and causes a severe internal system cooling problem. The motherboard is the main PCB in the system, which houses the processor, RAM and connects the cooling fan to the laptop. Any damage to the motherboard may have a significant negative impact on the performance of the computer.

It is judicious to use large cooling systems for systems if you are using a high computer application. You can also use the computer monitoring application, which monitors the laptop’s temperature and keeps the computer fresh. This article presents some of the best laptop cooling software that monitors system temperature and provides a detailed system temperature report. This post also shows you how to configure the system cooling policy based on power options. 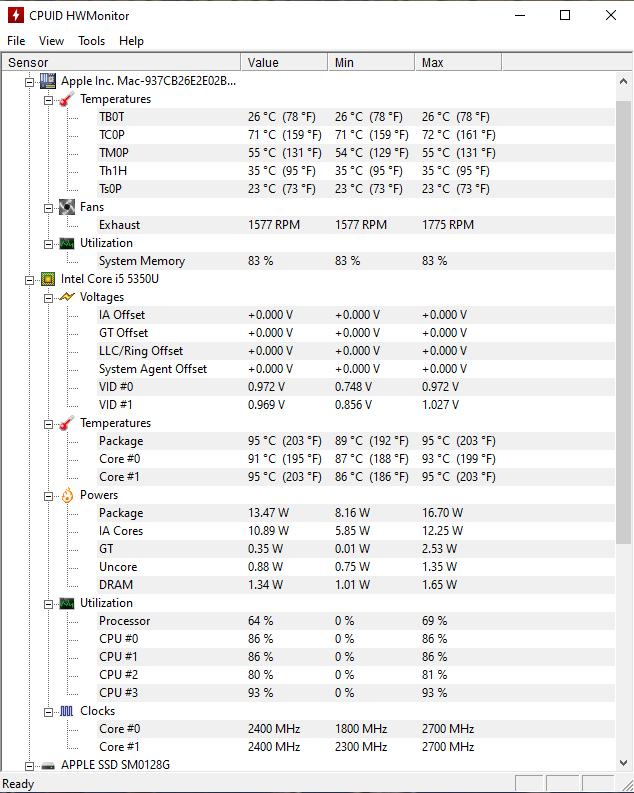 HWMonitor is a free, state-of-the-art cooling program that monitors the temperature of your entire system. Once the software is operational, it generates a detailed temperature report about the CPU, hard drives, and even the motherboard. The software monitors embedded sensor chips and thermal sensors for monitoring system temperature. Additionally, it also monitors the GPU and S.MA.R.T. to generate the hard disk temperature report. It is free for using the service and supports all processors and versions of Windows.
You can download the latest version of HWMonitor from its official website. 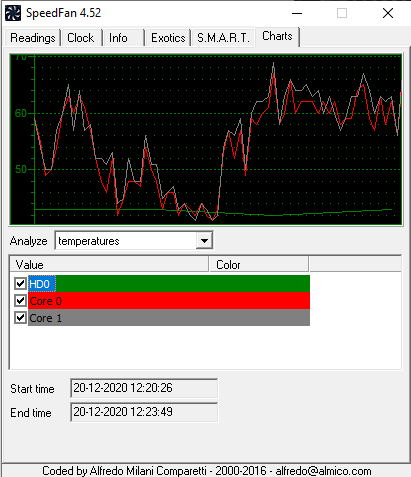 SpeedFan is one of the best freeware apps over the internet that lets you monitor voltage, fan speeds, and temperatures on Windows 10. It comes with an easy-to-use graphical tool for laptop cooling and hardware monitoring. It is one of the recommended software that monitors the system temperature using inbuilt digital sensors housed in your system. This application provides a detailed report on system temperature that assists in system analysis and aids in taking some basic precautions to avoid a future disaster. SpeedFan helps you automatically adjust CPU fans’ speed by monitoring the motherboard’s temperature and other system hardware, thus helping remarkably keep the laptop cool. It features various temperature sensors and hardware monitoring chips and runs smoothly in all the Windows system versions. Furthermore, this software offers an easy customization setting to manage any heavy loads and analyze any unpredictable reboot.
You can download the SpeedFan latest version from the official website. 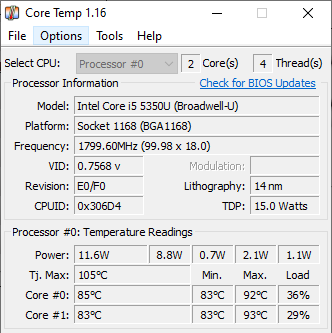 Core Temp is another powerful software program that lets you monitor the CPU temperature. This software also generates a detailed report of each CPU core and its related temperature readings. Core Temp will show all the recent processors, temperature sensors, and most of the hardware chips. The software’s generated reports are based on the system inbuilt Digital Thermal Sensor that assures respective readings are nearly accurate. It works on the system with AMD, Intel, VIA x86 based processor and is supported by all the Windows versions.
You can download the free Core Temp latest version from the official website.

If you are one of those, who don’t prefer to use a third-party app can enable a System cooling policy for laptop cooling. To monitor the cooling, you need to customize the power plan settings. An easy tweak will improve cooling efficiency.

How to enable active power cooling for your computer?

Step 2. From the available results, click on Edit Power Plan to open it. 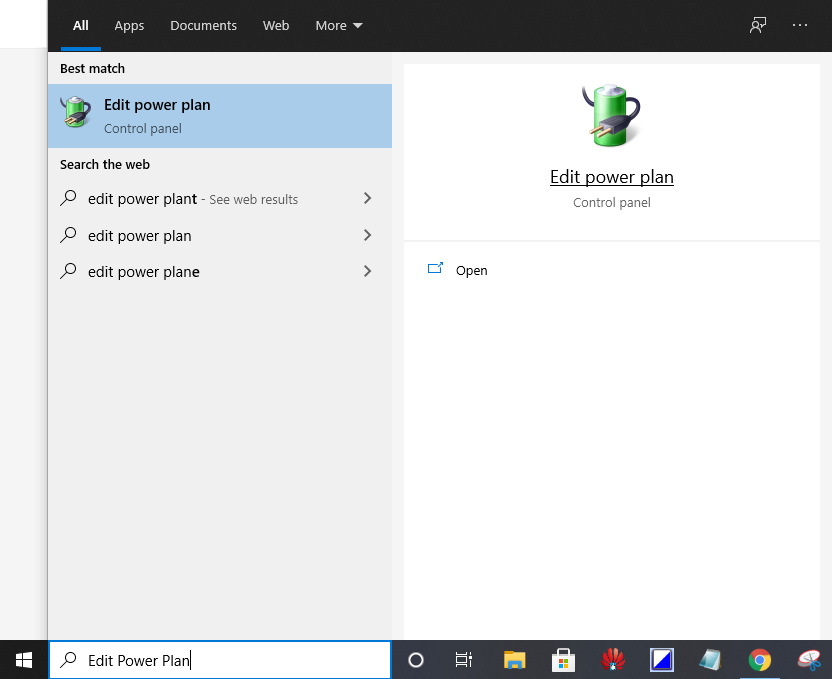 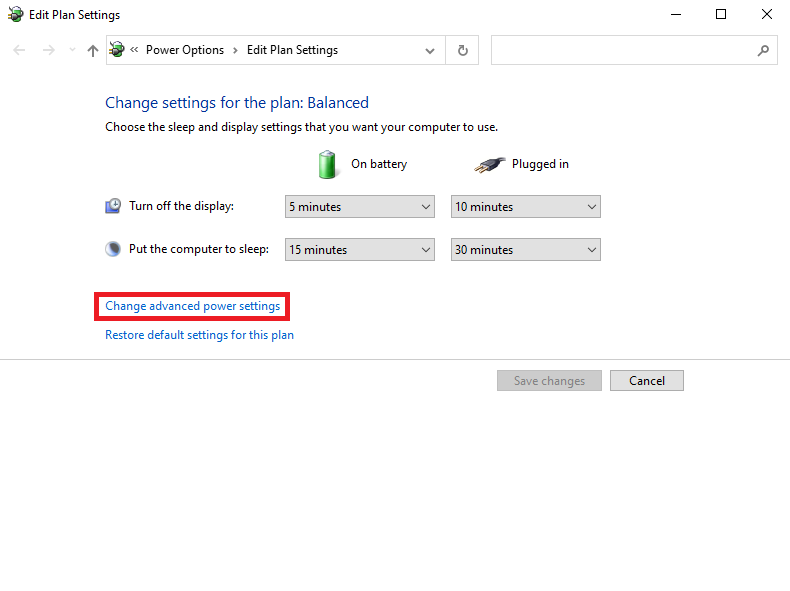 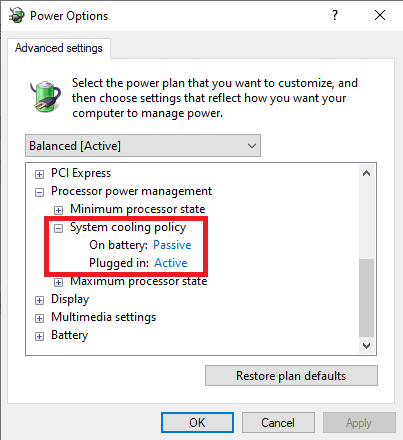 Once you have completed the above steps successfully, your laptop should work more efficiently as it will not be overheated.

How to Change the Taskbar Color on Windows 11?

How to Remove Bing from Windows 11 Search?

How to Find Computer Name on Windows 11?

How to Change Drive Letter for Local/Removable Disk on Windows 11?