Everyone eventually discovers that a CPU has a variable number of cores, and that number influences its performance. The next logical step is to figure out how many cores your CPU has. Windows 11 and 10 make that process extremely simple.

Based on its model, core count, generation, and whether it supports simultaneous multithreading (SMT) like hyperthreading, your CPU will have a different number of threads. Since newer generation processors have more cores, they have more threads than older generation CPUs. Having more threads means your CPU has more workers (resources) available to it, so the better the performance is. An increased thread count is advisable when multitasking, playing multithreaded games and rendering professional videos.

How to Find CPU Cores and Threads in Windows 11 or 10?

As the name implies, the System Information panel displays all information regarding your system hardware, including the processor, so it is probably the easiest way to find the CPU cores and threads on Windows 11 or 10.

To do that, press +  on the keyboard to open the Run dialog box. Type in the dialog box and press . 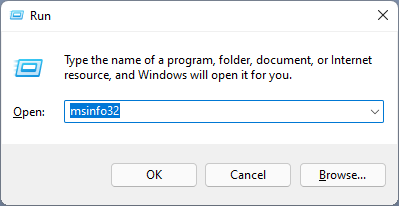 Step 2. Select  on the left sidebar, and next to Processor, you’ll find the CPU cores and threads (Logical Processor(s)). 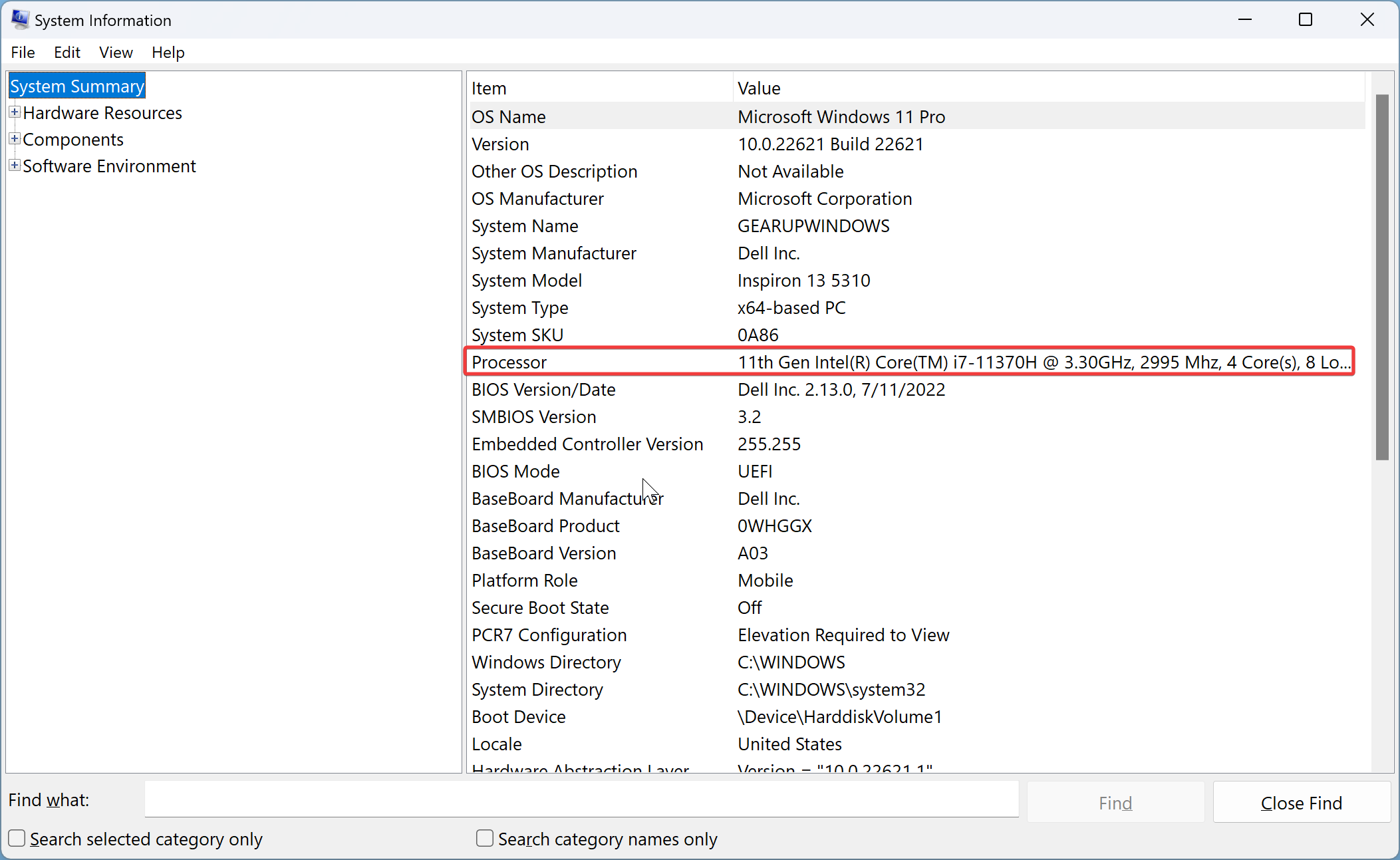 Task Manager displays a variety of information about your computer, whether it’s about the hardware or the software. Here’s how to locate CPU cores and threads in Task Manager:-

Select from the menu by right-clicking on the button. Or, a Task Manager window can also be accessed by pressing + +  keys. 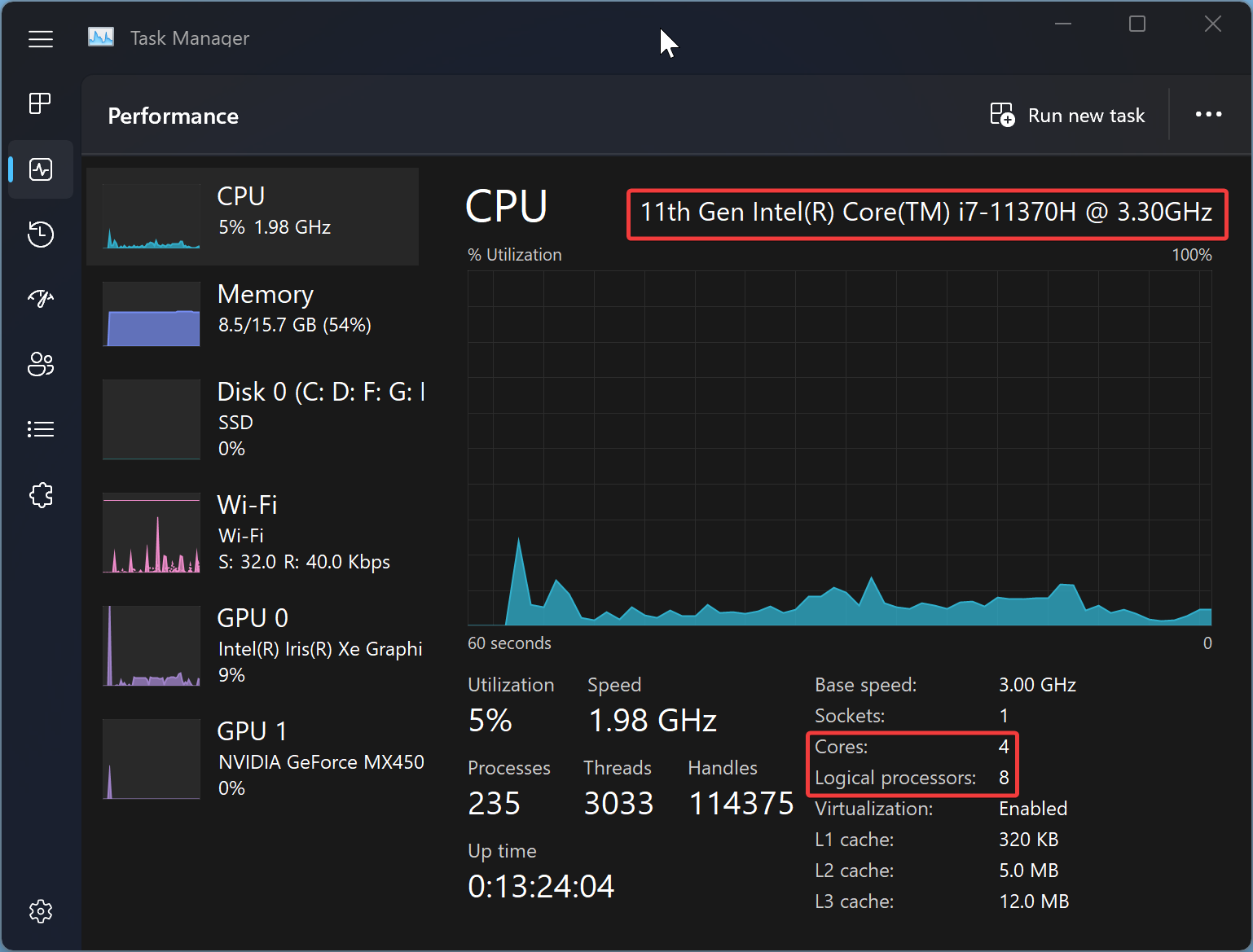 This information is also available through Windows PowerShell. To get it, follow these steps:-

On the taskbar, click the button and enter . Right-click on the entry and select the  option.

Step 2. Then, enter and hit to determine the number of CPU cores. 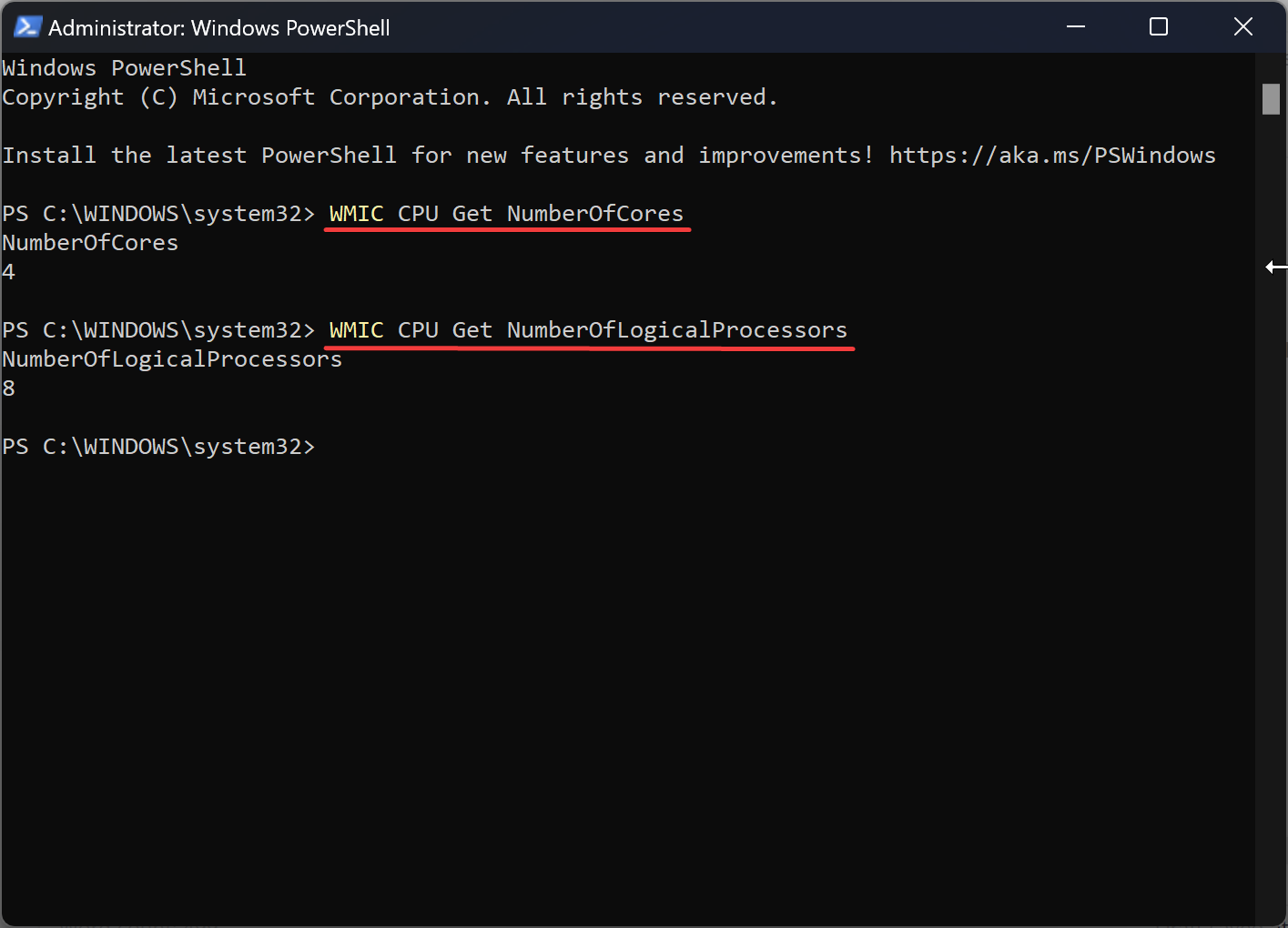 Step 3. Now, enter  to determine the number of threads.

The same WMIC command that you used above in Windows PowerShell can also be used on the Command Prompt to find CPU information. The steps are as follows:-

On the taskbar, click the button and enter . Right-click on the entry and select the  option.

Step 2. Then, enter and hit to determine the number of CPU cores. 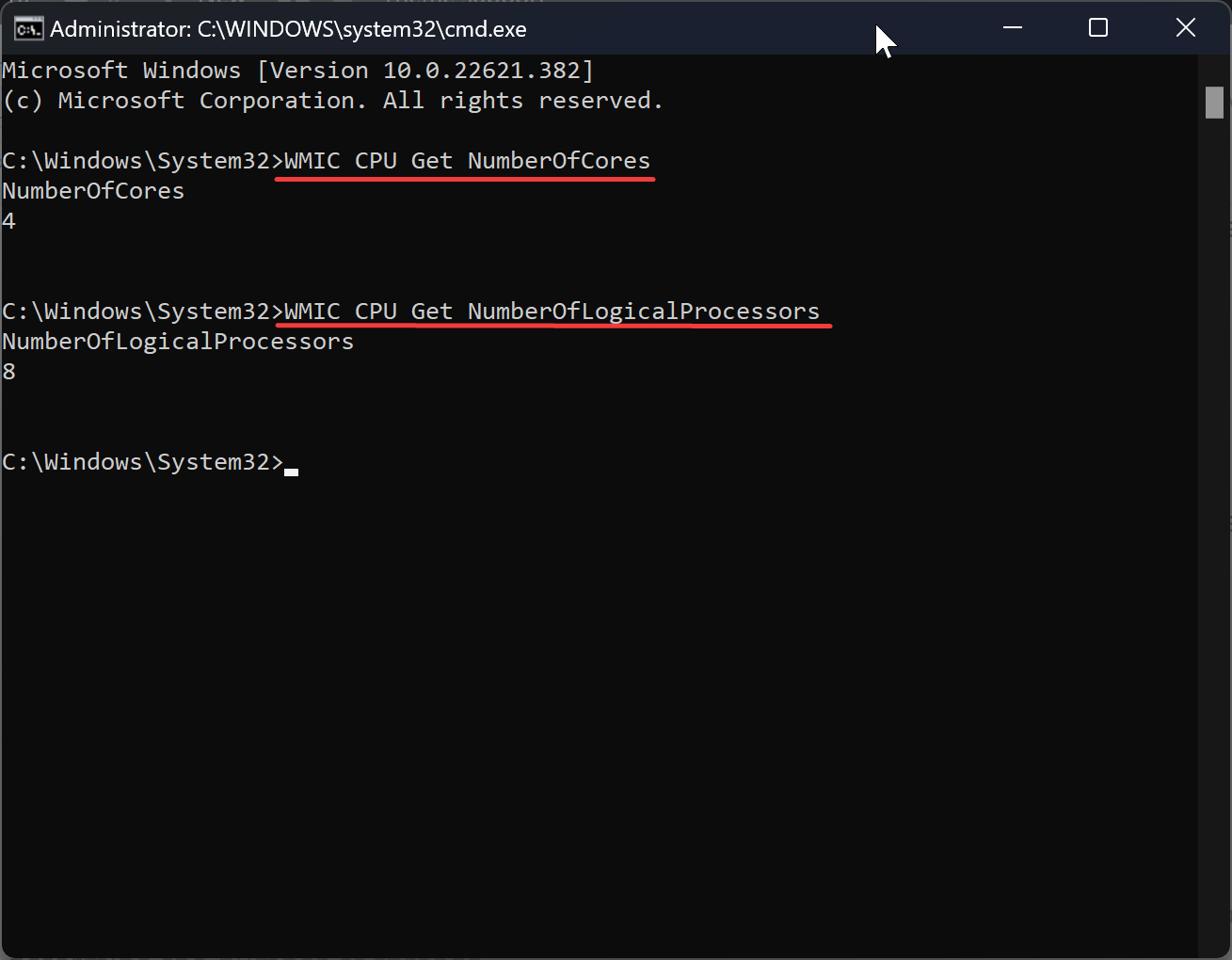 Step 3. Now, enter  to determine the number of threads.

It is also possible to learn about the hardware of your PC, including the CPU, by using free third-party software like CPU-Z and HWiNFO. Although you do have to download and install these, they are some of the most comprehensive free tools out there if you want to learn every single detail about your system. In general, third-party software is dense with information and is used by professionals. 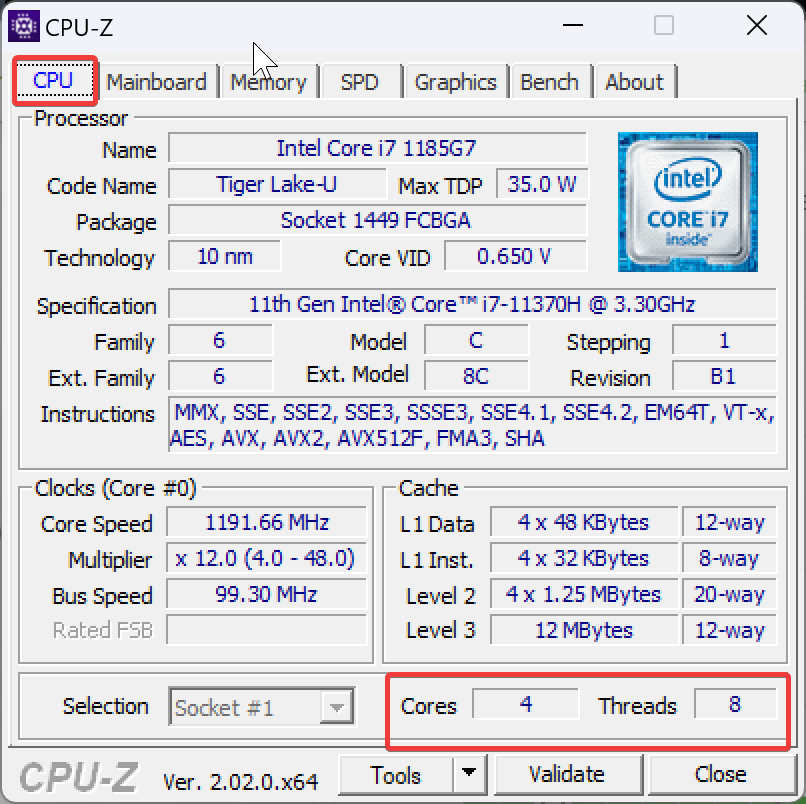 In the CPU-Z application, you can find cores and threads in the tab. Whereas the HWiNFO tool displays information about cores and threats after selecting the “Central Processor(s)” option in the left sidebar. 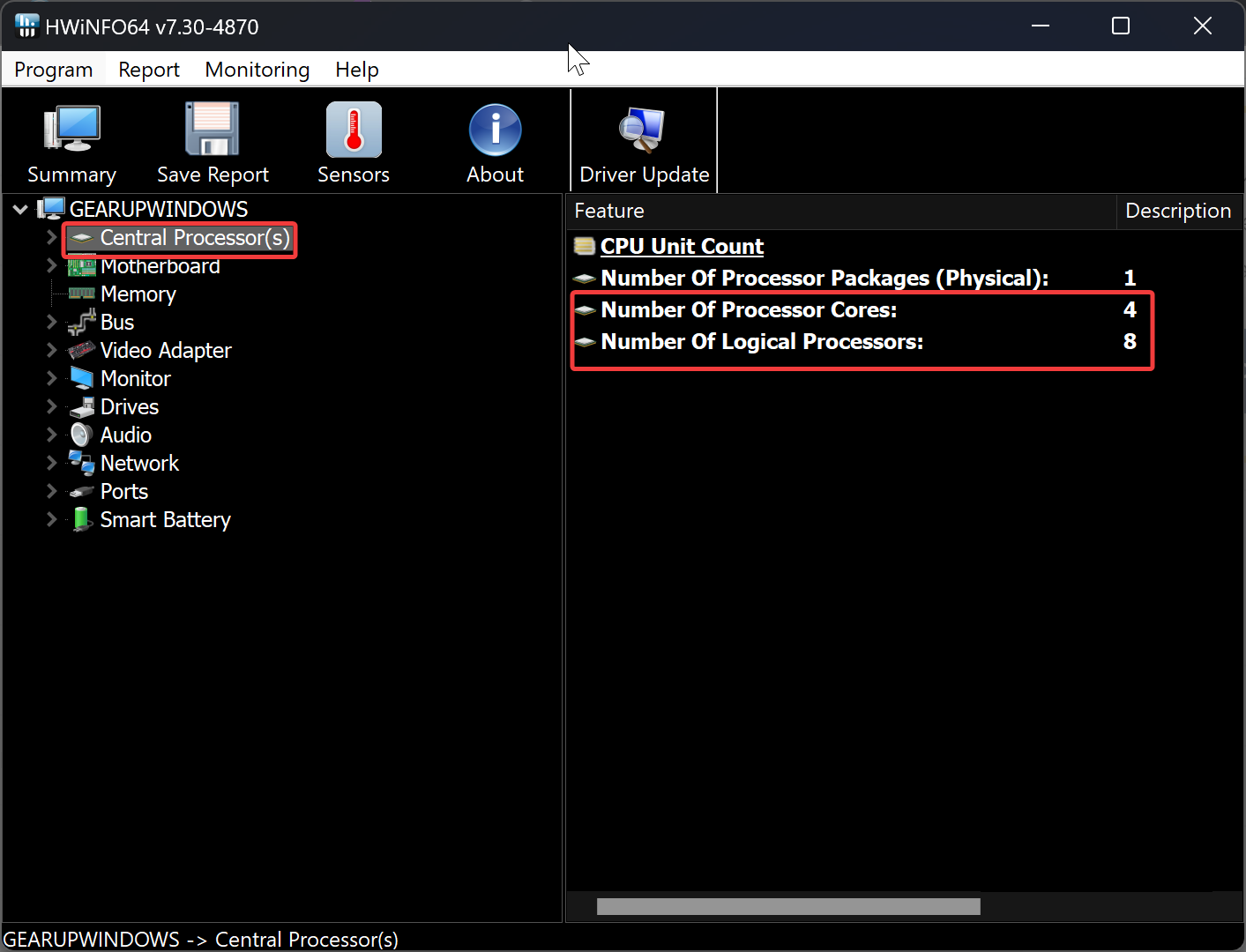 Ashampoo Snap Free: A Screenshot Tool for Windows 11 and 10

How to Change Decimal Places in Excel?

Ashampoo WinOptimizer 2022: A Free Tool to Clean and Gear Up...