Aero Shake feature was first introduced in Windows 7 by Microsoft. This minimizes all opened app windows on your desktop except the one you’re holding with your mouse. To minimize all the applications except one, hold the title of an application and shake it from the mouse. That’s it; all other opened windows will minimize automatically. Simply shake again to restore the minimized windows to their original location.

Aero Shake is an amazing feature, if you want to look on the desktop without minimizing or closing applications. It is known as “Title bar window shake” on Windows 11 and remains turned off by default. However, if you want to use it, you need to enable it.

How to turn On/Off the “Aero Shake” feature in Windows 11?

By default, the “Aero Shake” or “Title bar window shake” feature remains turned off on Windows 11. To use it, you need to enable or activate it first.

Step 1. Open the Settings app by pressing +  keys simultaneously from the keyboard or any other method. 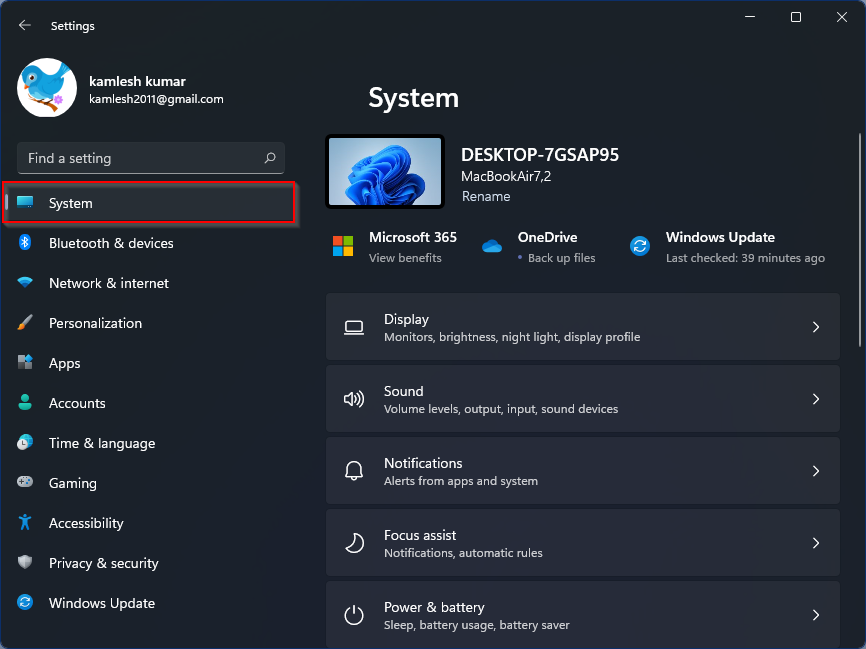 Step 2. When Windows Settings opens, select the category from the left sidebar.

Step 3. Now, scroll down and then click on the tab on the right-side pane. 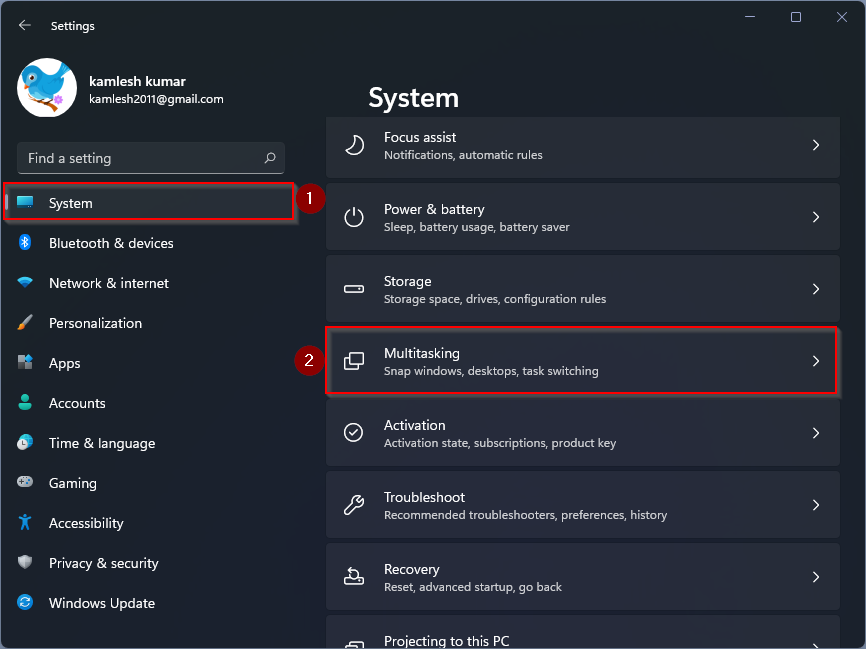 Step 4. Turn the toggle switch to the On beside the “Title bar window shake” option. 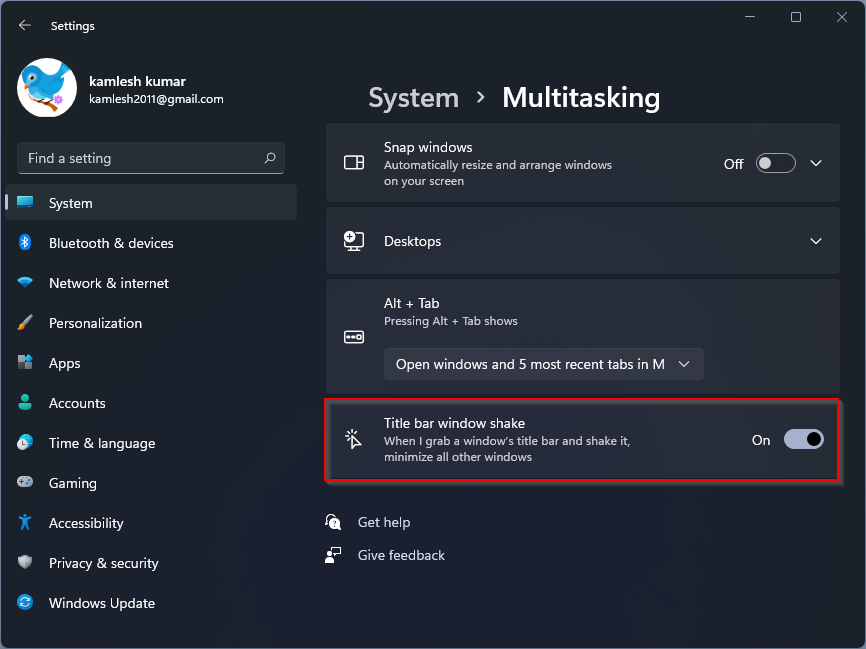 That’s all. Now, you can close the Settings app. The changes are stored on your PC automatically, and no further action is required.

How to Rollback or Downgrade Windows 11 22H2?

How to Disable Update Notifications on Windows 11 22H2?

How to Disable Quick Settings and Notifications Flyouts on Windows 11 22H2?

After upgrading to Windows 11 2022 Update, how can you free up space on your PC?

How to Update or Install Windows 11 22H2 on Unsupported PCs?

How to Make a Word Cloud in Microsoft Word?

How to Rollback or Downgrade Windows 11 22H2?

How to Disable Update Notifications on Windows 11 22H2?