Windows 10 is one of the best-operating systems that Microsoft launches. It includes several features, including XPS/OXPS reader/printer. XPS/OXPS is not so popular file format, and rarely do a few people use it. If you are one of those Windows users who don’t need a Microsoft XPS Document Writer printer can remove it from your PC.

There are several ways to uninstall this XPS printer; we will review only those which is helpful for you can give the desired results quickly. When you press the Ctrl + P hotkey to print a document, this printer appears in the drop-down list. Using this printer, you can print a document or webpage in XPS/OXPS format. Since it is a Windows-based virtual printer, you will see this app in all browsers while printing, including GoogleChrome, Mozilla Firefox, Edge, Opera, etc. 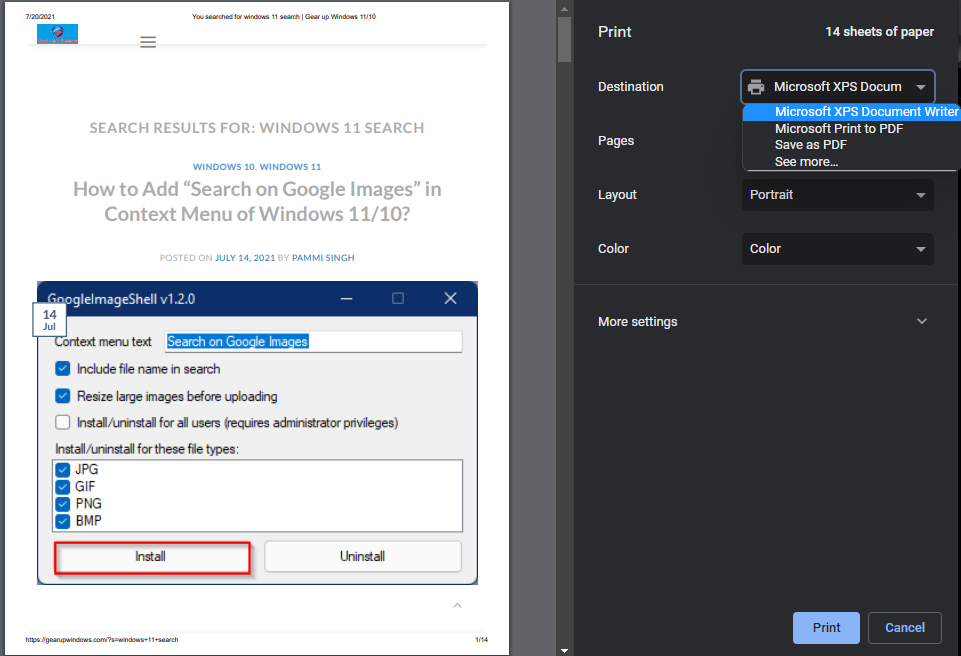 You might often use your physical printer or a virtual PDF printer included in all the modern browsers. Hence, the Microsoft XPS Document Writer printer is useless for you, and there is nothing wrong with removing it from your PC. XPS printer is only required when you deal with OXPS/XPS files.

To uninstall or remove Microsoft XPS Document Writer from your Windows 10 PC using the settings app, you need to do the following;-

Step 1. Open the Settings app by pressing +  keys simultaneously from the keyboard.

Step 2. In the Settings window that opens, click on the  category. 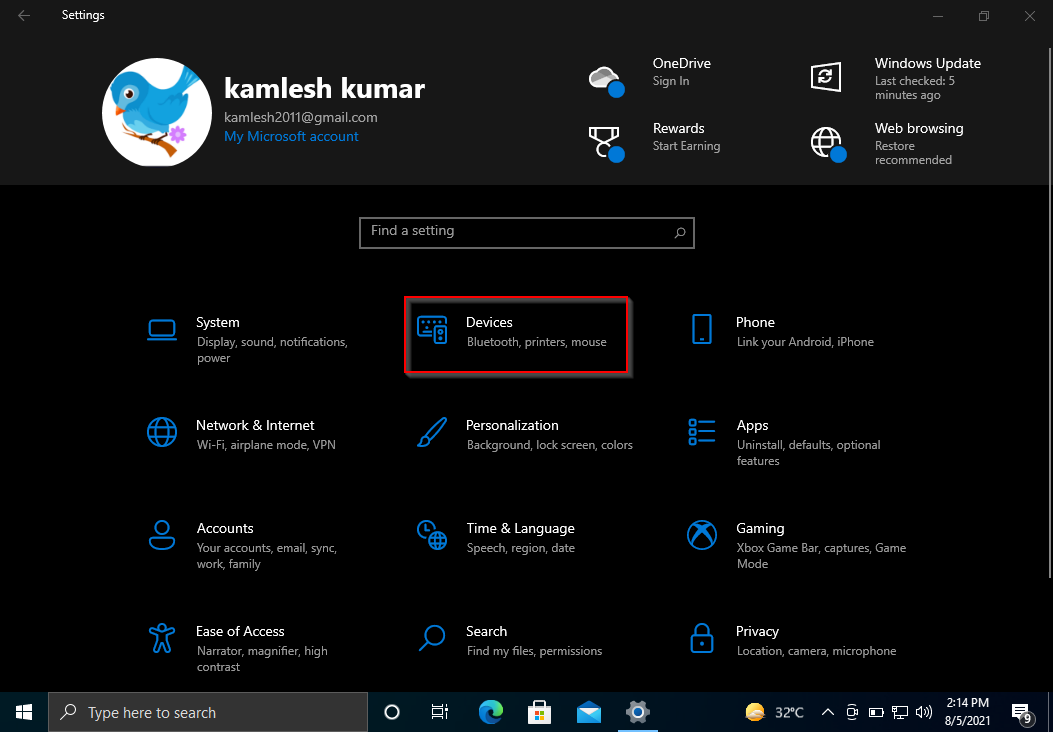 Step 3. Under Devices, select the  tab from the left side pane. 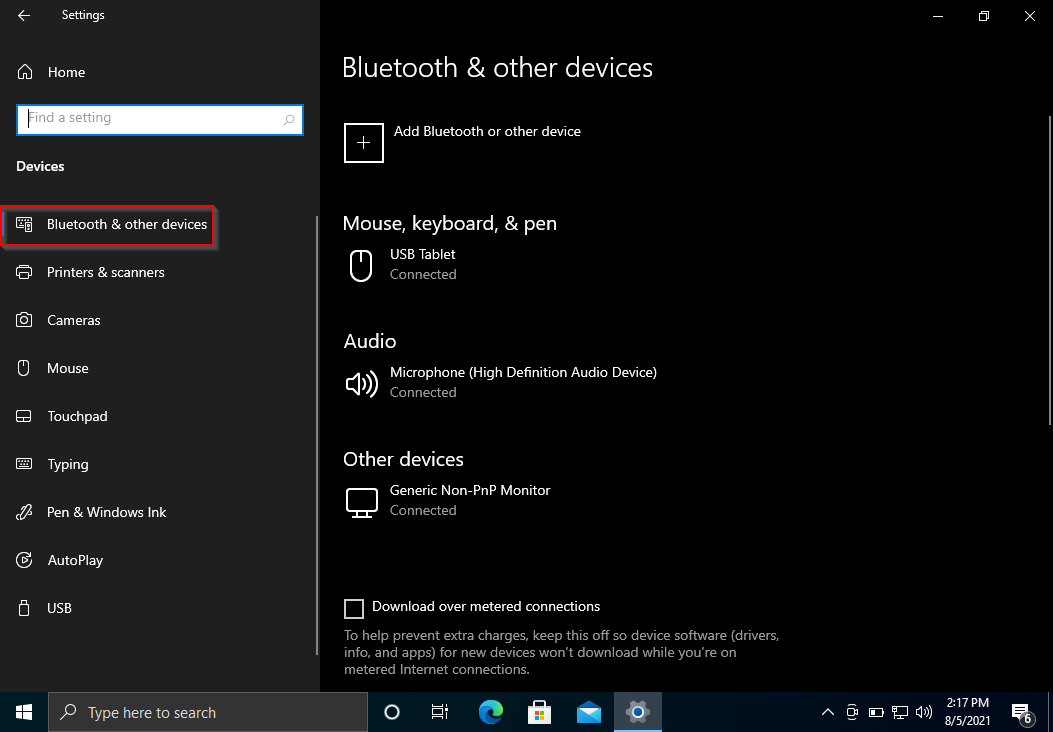 Step 4. On the right side of Bluetooth & other devices, please scroll down to see the  link and click on it. 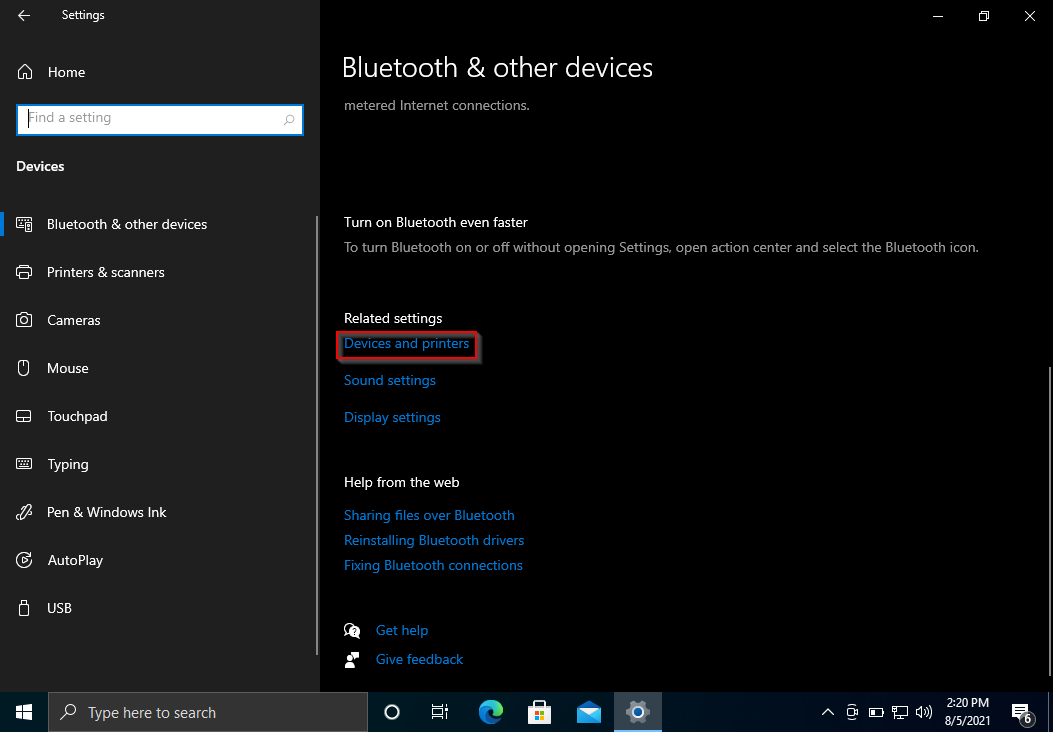 Step 5. After completing the above steps, the Devices and Printers window will open. Right-click on the Microsoft XPS Document Writer printer and select the  option from the available pop-up menu. 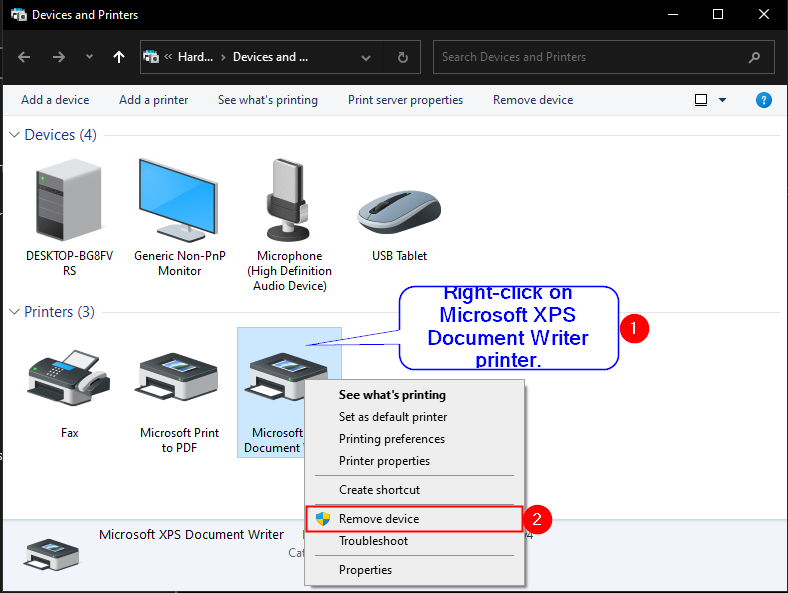 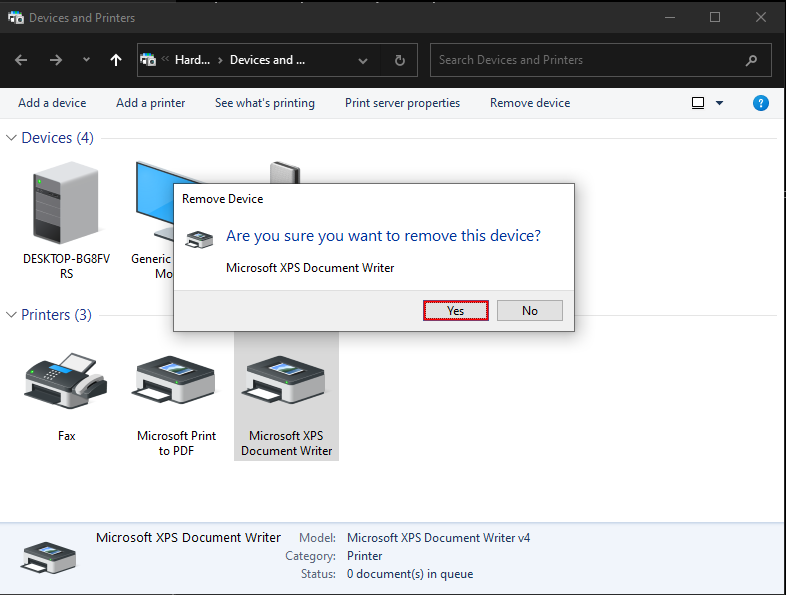 Once you complete the above steps, Microsoft XPS Document Writer will no more appear on the print dialog box when you press Ctrl + P shortcut keys to take a printout on Windows 10.

Microsoft XPS Document Writer is an optional feature on Windows, and you can add or remove it according to your needs.

Step 1. Press the  key from the keyboard to open the Start menu. 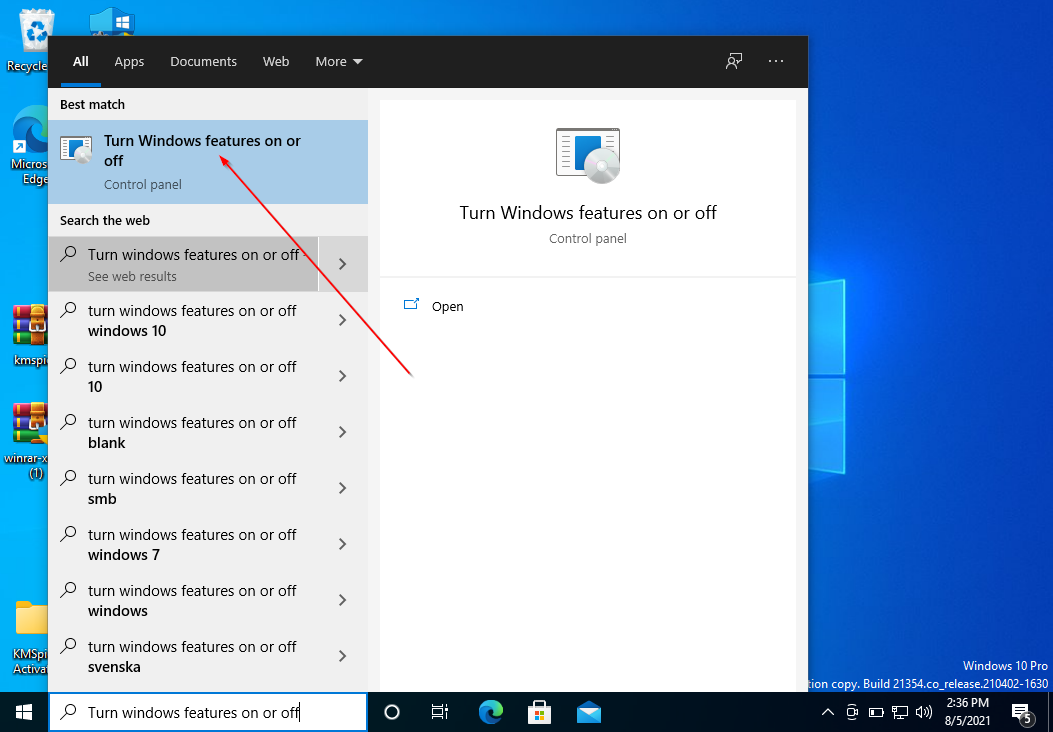 Step 3. In the available search results, click on the  (Control Panel) item to open the Windows Features dialog.

Step 4. Now, scroll down to find the Microsoft XPS Document Writer, remove the tick from the checkbox, and click on the OK button. 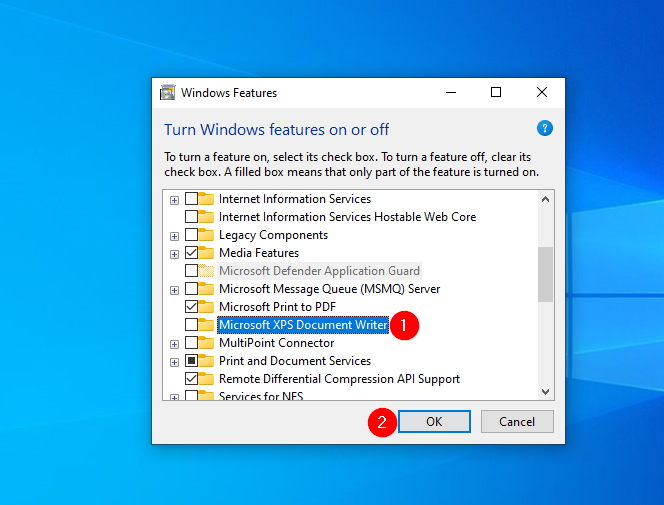 Once the process is finished, restart your computer to complete the task.

If you would like to get this printer back to your Windows 10, repeat the above steps and make a tick in the Microsoft XPS Document Writer and then click the  button.

How to Remove Microsoft XPS Document Writer Printer in Windows 10 through Command Prompt?

Open the PowerShell window with elevated rights and issues the following command to remove it from your PC:-

How to Link to Another Slide in the Same PowerPoint Presentation?

How to Create a Drop-down List in Excel using Data Validation?